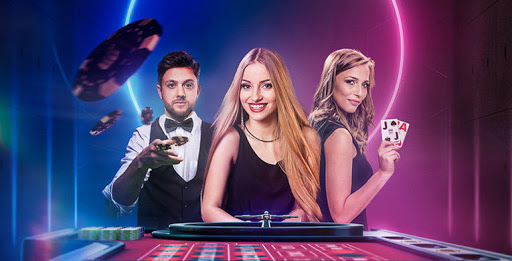 When it comes to online casino sites, for a brand to be successful, they must offer live dealer gaming. This sector has become one of the most popular among players as it offers a great way to play popular table games in a live format. For new online casinos, live dealer often comes after the launch due to needing a partner to support the live content. For William Hill, they launched a new online casino in the state of New Jersey and did not offer a large library of games. It was lacking live dealer content. However, that will soon change as the brand just announced a new partnership deal with Evolution.

Evolution is known as a top provider of live casino products. They offer it all and already provide services in the US, so they are able to support a nice addition to the William Hill online casino site. A press release was issued last week regarding the matter, with the rollout to start in New Jersey and then move on to other states as the partnership progresses.

In New Jersey, William Hill will offer live dealer gaming via streaming from a studio operated by Evolution located in Atlantic City. Evolution Chief Commercial Officer and Chief Executive Officer Malta, Johan Nordstrom, commented on the new deal, stating the brand is proud to have been chosen by William Hill US to offer their Live Casino solutions.

They have already worked with William Hill in European markets and have seen their Live Casino games become a stand-out market. They look forward to seeing the same great success online in the United States.

In New Jersey, Evolution has already launched with other online casino operators including DraftKings and BetMGM. Games on offer include Lightning Roulette, Baccarat, Blackjack, Monopoly Live, and Poker. A unique aspect to Evolution’s live dealer games is that they have a first-person design. As players sit down, they feel as though they are in the game at the table instead of being an observer.

With the new content, William Hill will certainly be more competitive when it comes to table games. They will have a strong offering for players to choose from. The slot options, however, are still lacking. The brand has only a handful of titles that players can enjoy as of right now.

As William Hill launches online in the US, they are also in the process of being bought by Caesars Entertainment. If regulatory approval goes through, Caesars will buy the brand for $3.7 billion. It is expected that the deal will not close until next year.

If Caesars takes over, it would give the online casino of William Hill in New Jersey more content to pull from as well as a the player base of Caesars, which is quite large. It is expected that the popular Caesars Rewards would also be added to the brand, so players would have an additional incentive to play via the online gaming operator.