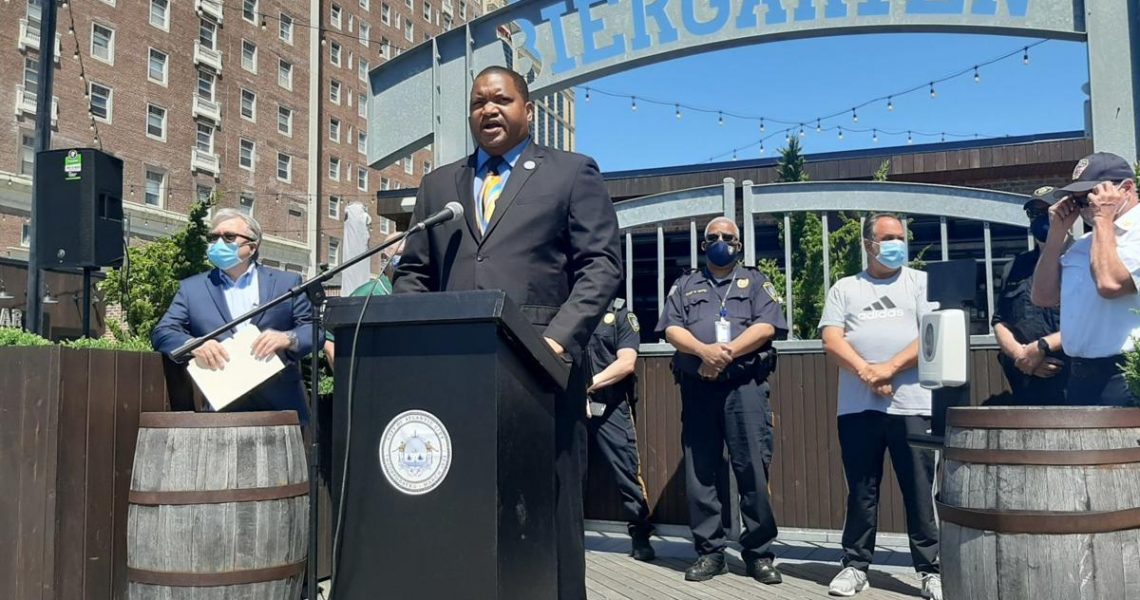 Over the summer, open containers of alcoholic beverages were allowed on the Atlantic City Boardwalk. This was new for the region and something that visitors to casinos were happy to see happen. Of course, the casinos were shut down for the most part during the beginning of summer, but outdoor dining venues tried to get back to work and offer drinks as well as dining. The goal of the change was to give such facilities a boost in revenues, as visitors could move from spot to spot and enjoy their drink. Now, it seems lawmakers are considering making the option permanent.

This week, the region is one step closer to seeing the law become permanent. The Senate State Government, Wagering, Tourism and Historic Preservation Committee approved Bill A299/S1591 with a unanimous vote. The idea cleared the committee with not a single debate.

The state Assembly passed the measure back in June with a unanimous vote of 78-0. The bill will now be considered by the full Senate and it is assumed the bill will pass. A similar bill was approved in the state Senate last year but failed to progress in the Assembly.

Details of the legislation lists the Casino Reinvestment Development Authority as the group that will define the borders of the open container zone. In this zone, beverages containing alcohol will be sold, consumed and transported, but only by those who are legally old enough to drink.

The bill requires a public hearing be held to discuss the merits of the zone. For years now, leaders and representatives of the region have been trying to see such a law passed.

Early last month, Atlantic City Mayor Marty Small, signed an order where open containers of alcoholic beverages were allowed on the boardwalk. The temporary permit was allowed due to the pandemic in an effort to bring in revenues. The boardwalk has been shut down for quite some time with little to no revenues coming in.

Helping Casinos and Other Businesses

The open container permit was offered as a boost to casinos and other businesses as they reopened in July. Players of course enjoy having a drink while at the casino, but with the open container law, visitors can travel from one business to another without having to throw away a drink or guzzle it down.

This change, especially if made permanent, could bring a big boost to the tourism industry of AC. This is much needed as the casinos have been out of work for months and are now operating at a much lower capacity, which of course, means less revenues.

The change could mean more alcohol sales for the gaming properties as well as restaurants and local bars. An increase in alcohol sales could help bridge the gap from revenues missing since the closure. It won’t be a replacement for what casino earnings bring or meal sales, but it will be a nice option for bringing in funds to the region that relies so heavily on tourism.