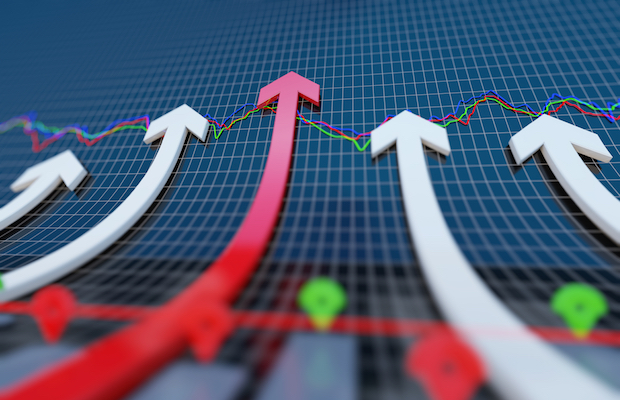 While the land-based casinos try to get back to normal in Atlantic City, the online gambling industry of New Jersey is booming. Players continue to log in on a regular basis and spend cash, with sites racking up revenue month after month. While analysts thought the revenues might start to slow down, they are only increasing. The New Jersey Division of Gaming Enforcement have released the August revenue numbers, showing the state has hit a new record at $87.8 million in earnings.

While the $87.8 million is a new record, it is not much over the $87.5 million earned in July. If you add in the sports betting numbers, the industry grows again by almost $40 million! It is amazing to see just how large the gambling industry has grown within the past few months in the state.

In total, the state brought in $87,772,968 in revenues. Online casinos brought in the bulk, at $84,737,965. This is $2 million over the previous monthly record hit by online casino operators. For online poker, the industry was up just over $3 million. While this is a solid number for online poker, it is short of the $4.8 million earned in July.

Many gains were seen in the casino vertical. The Borgata online casino and its operating skins jumped to over $19 million. This was a huge increase from the just under $14.5 million earned in July. The brand saw the largest gains for the month. Caesars also saw a big jump, earning $7.9 million for the month. The launch of Wynn Casino online most likely played a role in the increase.

Surprisingly, Golden Nugget had a weak month. In July, the brand hit a new record at $31.5 million. However, in August, numbers were down with only $27.7 million earned. This was the worst month for the Golden Nugget and its skins since back in April. This is surprising as the brand continues to do well each month. However, they are still far above their closest competitor.

Helping out the casino and poker industry is sports betting. Major sports were back in action in August which helped to drive revenues upwards. Online sports betting contributed $34.3 million of the $39.5 million generated for the month.

NHL and NBA playoffs certainly helped along with the MLB. August hit a record when it comes to sports betting handle with $602 million in wagers placed. This was all done online. In the retail sector, $66 million in bets were placed.

Meadowlands Racetrack contributed to just over $17 million in earnings online, with the majority coming from FanDuel. Resorts came in second place and they work with DraftKings and Fox Bet. They brought in $10 million.

It looks like September will be an even bigger month for sports betting. Even if casino and poker earnings drop, which they most likely will not, sports betting should help to make up the difference. We will patiently await the revenue totals to be released next month and see if the industry continues to break new records with online gameplay.