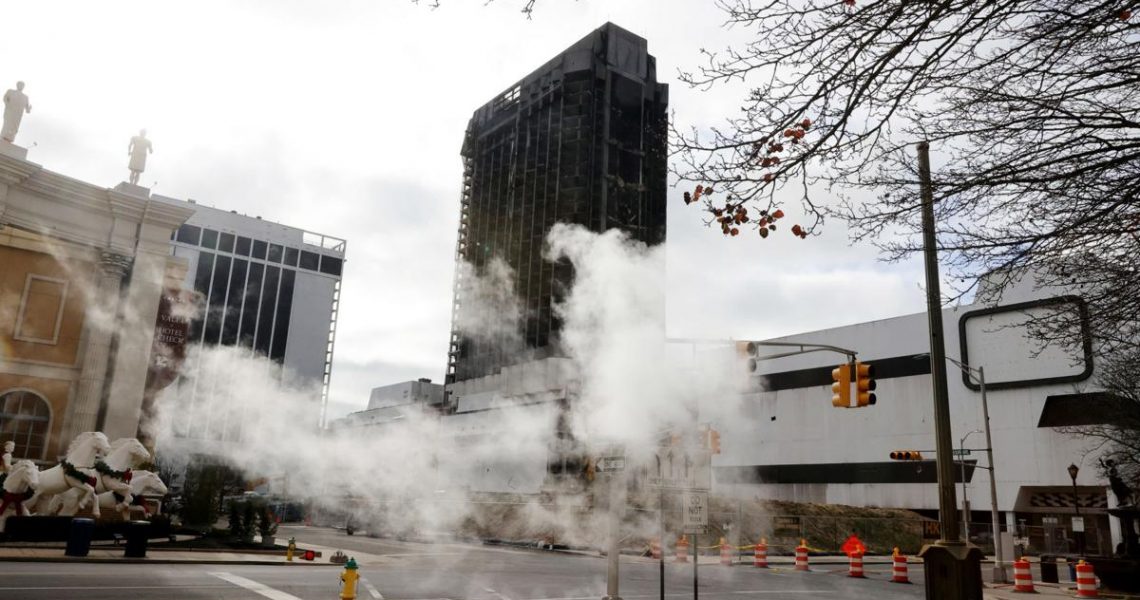 Unless you have been hiding under a rock lately, then you know that the vacant Trump Plaza casino in Atlantic City will be demolished soon. The venue has sat empty for many years and the city wants to see it removed from the skyline. The owner of the property, Carl Ichan, finally agreed to take the building down and the implosion is scheduled to take place in February. It was announced this week that bidding will begin soon for a front-row seat to the action. The top bidders will be invited to watch the implosion live.

Just a few weeks ago, an auction was started by Bodnar’s Auction to take bids to choose a person to push the button to blow up the building. The bids had gotten as high as $175,000 when the owner of the building pulled the plug on the auction.

The proceeds were going to go to the Boys & Girls Club of Atlantic City. Icahn and his attorneys said they were never on board with allowing someone to push the explosion button due to safety concerns. Many people were disappointed that the auction was canceled, especially since the money was going to a good cause. Icahn was actually criticized for the move and eventually agreed to donate the same amount to the organization.

According to Joe Bodnar, the owner of Bodnar’s Auction said that a second auction is in the works and should be up and running this week. The auction will be selling seats to a viewing party. People can come as a guest of the city and be able to watch the implosion as close as possible.

The first auction made headlines due to the nature of the prize, getting to push the button on the former Trump building. Many people who dislike the former president wanted in on the action, though no celebrities or major names seem to have bid on the auction.

With the new auction, Bodnar says that 10 pairs of seats will be up for grabs. The bidding starts at just $10 each. The auctioneer feels that the seats could be won in the $3,000 to $5,000 range. However, the price point could go even higher since the first auction did so well during its early days.

Surprisingly, the auction is taking place without the input of Icahn or his attorneys. Bodnar said that he does not believe the event needs the permission of the building owner to move forward. The auctioneer said that as long as Icahn’s name is not attached and has nothing to do with him, and the event is focused on the city, then it is okay.

The implosion is still some time away, taking place next month. Once the auction is up and running, we should have a better idea as to if there is interest and just who might be bidding to be onsite when the building is blown up.

Trump Plaza was the first casino the Trump-owned in Atlantic City, having opened back in 1984. It was closed in 2014 when three other casinos shut down in the seaside town. Over time, the building remained empty, with Icahn eventually taking over ownership. Plans were in place to revitalize the property, but nothing ever came to fruition.