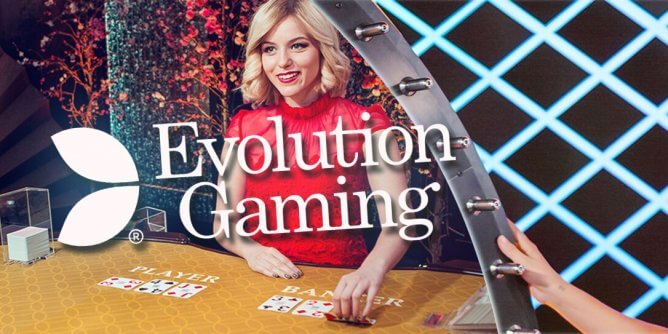 In the state of New Jersey, online gambling operators offer a plethora of content for players. From slots and table games to specialty options and live dealer, there is a lot to choose from. The top online gambling operator in the state is the Golden Nugget and they are hard to beat. Earning millions above their competitors each month, the Golden Nugget continues to add new options for their members. Just this week, it was announced the brand has cut a new deal with Evolution Gaming to offer even more within their live dealer sector.

A strategic partnership has been signed between Evolution Gaming and the Golden Nugget. With the new deal, the online casino will now be able to offer top titles of Evolution, including Top Card, Dream Catcher and Side Bet City. It is unclear as to when the new games will be added, but players can rest assured that they are coming.

Golden Nugget continues to be an innovator and trend setter in the live dealer sector. The property launched the first Live Studio in Atlantic City and they continue to offer the best in live dealer gaming. They first began offering live dealer via a company known as Ezugi. The Ezugi brand was actually acquired by Evolution last year.

Because of the streaming process, operators who use the Golden Nugget live dealer studio will have access to certain titles. Such operators that can use this content include Caesars, Borgata, BetFair/FanDuel, BetMGM and BetAmerica.

According to Golden Nugget senior vice president and general manager of online gaming, Thomas Winter, the new deal will give players and operating partners access to more unique show-style games and other titles. This will enrich the overall live gaming experience offered in Atlantic City.

The Golden Nugget continues to be a force to be reckoned with in the region when it comes to online gambling overall. In April, the company set yet another record, earning $27.6 million in revenues. For the month, the entire market was able to see an all-time high of close to $80 million.

For Evolution Gaming, the brand wants to have a larger impact on the American market. With the Golden Nugget partnership, the company will be able to expand, with more opportunity in new markets. The company is hoping that the deal with the Golden Nugget will help them to secure even more deals with other operators in the live dealer sector.

The company has the potential to move into Pennsylvania as well as Michigan in the future. Michigan has yet to launch their online gambling market, but rules are being created right now so the new industry can launch as quickly as possible.