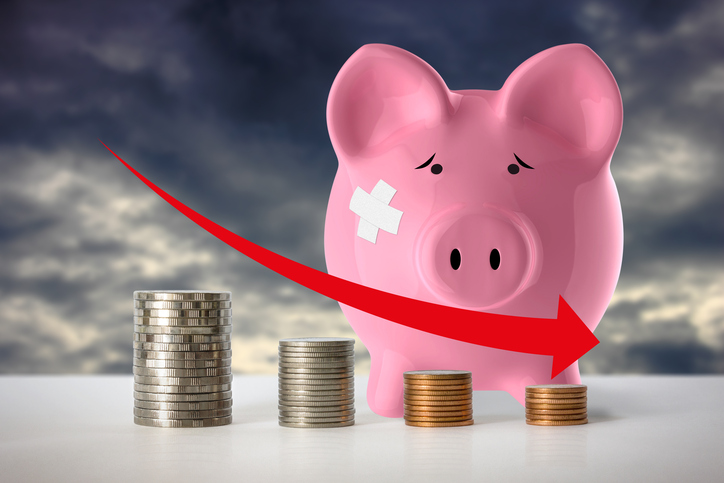 Across the United States, regions have been hit hard by the coronavirus. Not only are people fighting for their lives, but people are struggling to find ways to make ends meet due to their employers being shut down. In New Jersey, the state has been hit hard economically due to the closure of gaming venues. Experts are now saying the state is short $540 million a month due to the loss of casino related revenues.

Atlantic City is a big revenue driver for the state and according to a recent report by the American Gaming Association (AGA), the state is now losing hundreds of millions a month. The gambling region is a ghost town and with casinos shut, along with associated restaurants, hotels and entertainment areas, the state is losing out on $540 million in monthly revenues.

As far as employees are concerned, over 26,000 people are out of work. The loss of employment is another negative to the shutdown along with the loss of revenues. The casinos of Atlantic City bring in $2.9 billion a year in revenues from all areas of services.

In speaking to The Post, Professor Clyde Barrow of the University of Texas Rio Grande Valley said that it has not been seen yet, but if you look at the numbers, the economic downturn will begin to show in a few weeks. According to Barrow, the downturn will be the largest seen by the casino industry in a lifetime.

While the situation seems bleak, those in the gaming industry are trying to be optimistic. Vice President of Strategic Communications for the AGA, Casey Clark, stated that he is hopeful that the casino business will rebound, the same way it did after the recession. He feels the casino industry is incredibly resilient and will be about to bounce back.

The AGA is currently working with the federal government to help all areas that offer gambling in the US have assistance. From major areas like Atlantic City and Las Vegas to tribal gaming properties, suppliers and even small businesses are being assisted by the AGA.

Across the US, it appears as though the casino industry as a whole will lose over $43 billion in revenues over the next two months. The losses could be worse if the COVID-19 pandemic continues and does not dissipate.

The casinos in Atlantic City have been closed since March 16th, marking just the 5th time that the region has shut down in its history. The last time this happened was in 2012 when Hurricane Sandy hit and the casinos were only closed for a short three day period.

Even if the casinos are able to get up and running, whose to say that players will be ready to hit the gaming floor? Right now, everyone is huddled up in their homes hoping to avoid contracting the deadly virus. Even if the numbers of those affected begins to lessen, it doesn’t meant that people will be willing to go out and enjoy entertainment.

Fear could be a major factor over the next few months and could see several industries continue to falter as people are still scared to venture out.

We shall see in the coming weeks what happens and how the virus is acting in the US. Hopefully a positive change is coming and we will see everything get back to normal sooner rather than later.