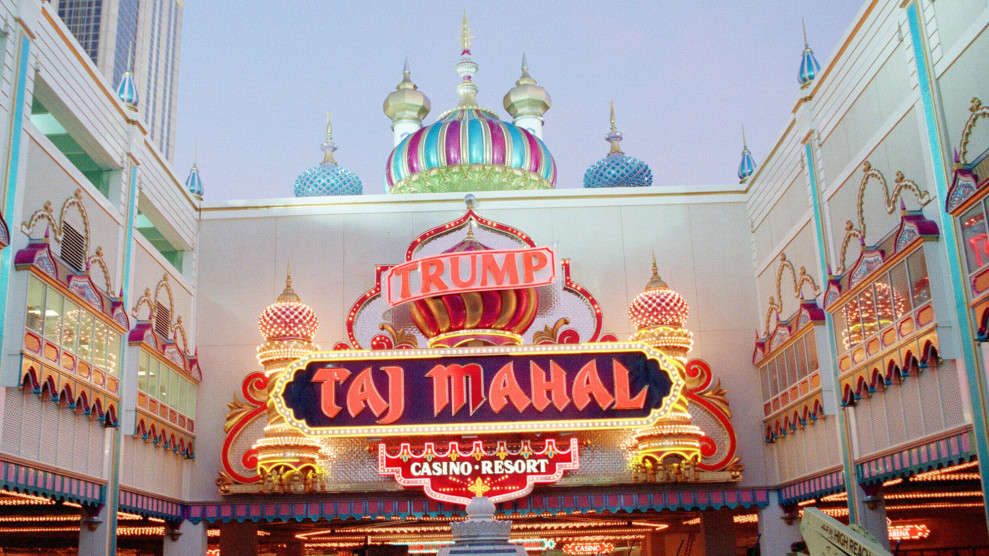 As much as Donald Trump is known for his business sense, he is also known for massive debt. The businessman turned President of the United States has filed for bankruptcy several times via his many businesses. Trump reportedly still owes money to companies who helped him to create the Trump Taj Mahal back in the 1990s in Atlantic City, New Jersey. Several people have come forward to discuss how they were slighted by Trump.

Businesses in New Jersey have waited decades for payments that are apparently not coming for the work completed at the Trump Taj Mahal. Contractors, plumbers, carpenters and other workers are claiming that Trump never settled up for work completed on the casino and hotel property along the Boardwalk.

According to NorthJersey.com, Steve Jenkins is one such businessman who was not paid by the president. The operator of Triad Building Specialties, Jenkins called Trump a snake oil salesman. He was just 19 years old when the company that was started by his father signed a contract worth $300,000 to install items for the public bathrooms of the casino.

Due to payment issues, Triad Building Specialties had to take out a loan for $40k to pay their suppliers. It also took about a decade for the company to pay back the loan. When it was all said and done, the company only earned about $0.40 on the dollar for their work on the casino.

When the Taj Mahal was being built, Trump bragged that the property cost $1.2 billion and tagged it the 8th wonder of the world. Reportedly, Trump used junk bonds to pay for the project and did not tell the contractors working on the property that he could not pay up.

Those working on the project complained about not receiving payment and Trump reportedly said that audits had to be done to make sure the companies were not overcharging. Once he ran for president, Trump was asked about not paying and he suggested that the bills needed to be checked carefully to ensure the contractors were not cheating him. Even if this was the case, it doesn’t take decades audit.

Atlantic City Mayor Marty Small Sr. knows of the Trump dealings in the Boardwalk town, even though he was a teenager when the property was constructed. According to the mayor, even today, the subject of Trump’s nonpayment is a hot point of contention among residents.

Small stated that the subject is a horror story for many people in the region as they were taken advantage of. Contractors had to use their own money to pay employees as well as suppliers. If a company agreed to an amount that was lower than the amount billed, Trump reportedly paid up immediately.

Several companies lost a ton of money due to Trumps nonpayment. A company in Atlantic City provided the paving stones for the project and ended up losing $1.2 million. A company from Ohio made the onion domes for the facility and lost $2 million.

Many of the contractors and suppliers went out of business after giving up waiting on payment. It was a tough time for many in the gambling town as they expected to be paid and never were.

Today, the region has seen a huge turnaround from where it was a few years ago as two new casinos opened in 2018 and new services are now being offered. Despite the upswing, there are many who are still reeling from the affects of Trump’s efforts to create the 8th wonder of the world in Atlantic City.