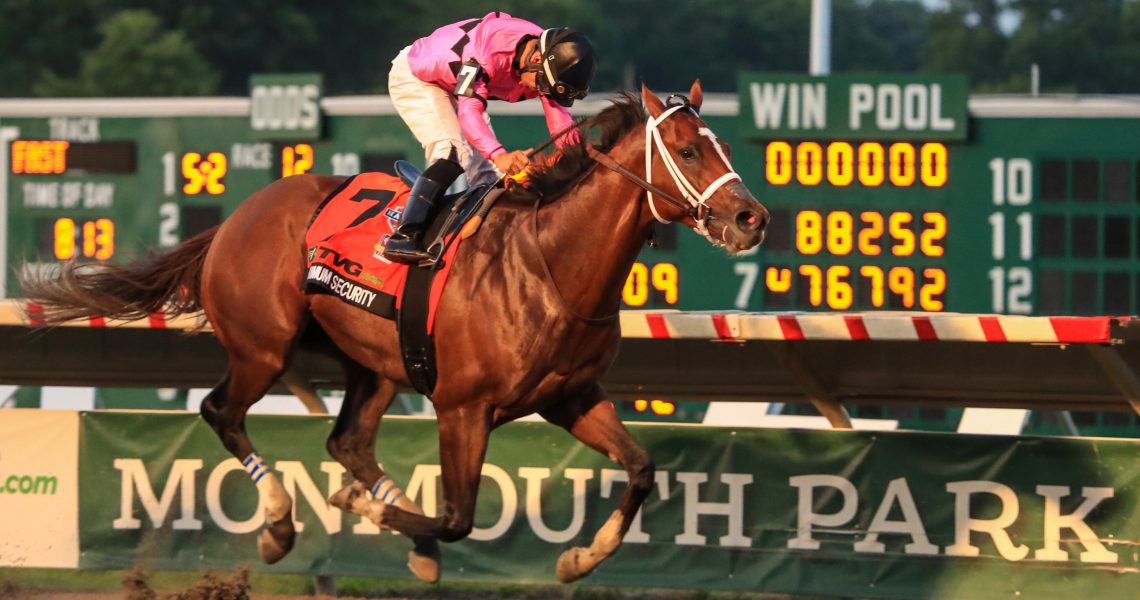 New Jersey is one state in the US that has seen a high rate of Covid-19 positive cases. Like other states, NJ has shut down businesses and put new safety measures in place to help slow the spread of the deadly virus. Casinos and racinos in the state shut down in March in order to keep people at home and hopefully lower the rate of infection. With these closures, facilities like Monmouth Park was unable to offer gaming and had to cut the racing season short. However, now that the track is operational once again, it is seeking the ability to add nine more races to the current schedule.

The current racing dates have been cut down to 37 from 56. When the pandemic hit, the races scheduled during that time frame were canceled. The track would now like to add nine more dates beginning on October 3rd. They need the approval of the Racing Commission to be able to provide more races at the track.

The track was originally supposed to reopen on May 2 but it was postponed until early July and bad weather caused another date to be cancelled. However, the fall meet is set to take place as planned. The track is in good shape and ready to offer the race in the near future.

Early on, sports where spectators are allowed to sit in the stands and watch, were taking place behind closed doors. For Monmouth Park, they have hosted events in July and August and the weekends have generated some traffic. Even though only a small number of spectators are allowed, it has helped to bring in revenues for the track. Within the two months, the track saw close to 56,000 people attending the races.

The horsemen have still struggled though to make ends meet this year due to Covid-19. The additional races would allow the horsemen a chance to earn more money.

On October 3-4, this will be the first meeting after the summer session. Monmouth Park will then host events on Wednesdays and Saturdays for the remainder of the month. They will offer an additional race on October 12, which is Columbus Day. Because New York State was not offering racing on Wednesdays during October, the track decided to update its schedule.

Capacity for the facility is still have 4,000 per event. This falls into the 25% ruling of the state. New Jersey just recently opened up indoor dining for gaming facilities, but it does not impact the track. They have been providing outdoor dining and temperatures have been nice so this will just continue.

The William Hill Sportsbook of the property is a different story. The facility is limited to 68 people. They will offer food and drink which will be a big draw for fans who want to enjoy a meal while betting on the races or other events within the sportsbook.

Those who attend the races are able to park and be admitted into the facility for free.