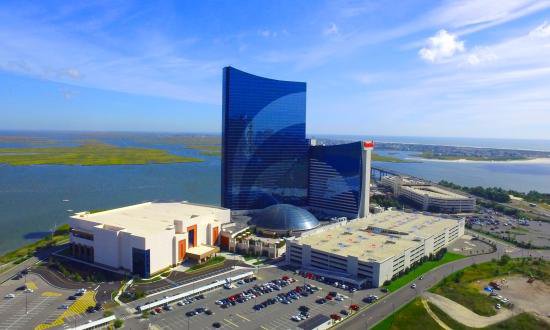 By this Memorial Day weekend, Harrah’s Casino in Atlantic City will have a few upgrades. The property will be offering visitors a brand-new spa, as well as new dining, entertainment, and nightlife options. Along with these changes, parent company Caesars Entertainment has plans to upgrade the suites and guestrooms of the Atrium Tower of the property.

Details of the Plans

Harrah’s announced the hotel plans first after it was revealed that Caesars was ready to start providing the upgrades as promised in Atlantic City based on its merger with Eldorado Resorts. The five new concepts alongside the hotel changes will create a summer destination in Atlantic City that players will not want to miss out on.

One change coming to the property is the Lobby Bar. It will provide an expanded and upgraded experience with a targeted opening date for May. Customers will be able to enjoy crafted cocktails, top-shelf selections, and plenty of unique whiskeys and spirit options.

The Rum Point Crab House will be a new dining venue, also set to open in May. The restaurant will overlook The Baywalk and offer amazing views of the bay. Guests will able to dine on new seafood concepts with a raw bar included.

For outdoor dining, Harrah’s will offer the Baywalk. It will open in late May and feature dining as well as live music. Guests can enjoy the outdoor space and order food from Rum Point. Games and interactive options will be located in this area as well.

The new spa will be a must-visit destination for those who are in Atlantic City to relax. The new space will include 23 treatment rooms along with suites that include an in-room Jacuzzi and fireplace.

As mentioned, the investment into Harrah’s is part of an overall plan to invest money into Atlantic City. When Caesars was approved to merge with Eldorado Resorts, the companies agreed to spend $400 million by 2023. In this first round, about $100 million will be spent just on Harrah’s alone.

In Atlantic City, the merged company operates as Caesars and is in charge of the Harrah’s, Caesars, and Tropicana venues. As part of the merger, Caesars agreed to get rid of Bally’s in order to avoid having a monopoly in the state. Twin River Worldwide Holdings was the company that took over the Bally’s property.

In general, it looks like Caesars has plans to upgrade the hotel towers of its Atlantic City properties as well as enhance the gaming floors, plus add new amenities and restaurants. The changes will come at a time when Atlantic City is trying to recover from the COVID-19 pandemic.

Players are more apt to travel now as the vaccination process is taking place at a faster rate. With more people vaccinated, the risk becomes much lower of contracting the virus, especially if mask-wearing and social distancing are still in place.

It will be interesting to watch as these changes unfold and to see just what Caesars has in store for the remaining $300 million.