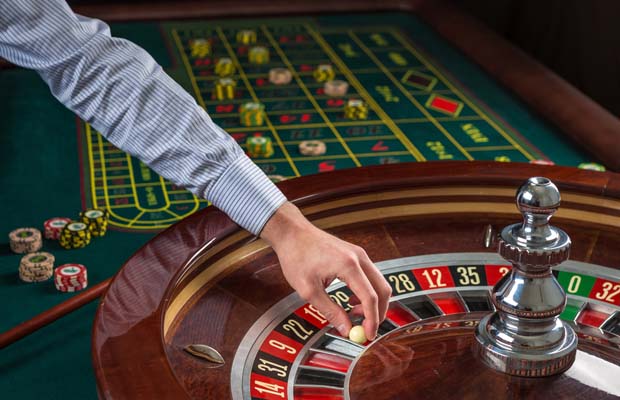 Whenever a new product is released, the company behind the product takes a great deal of time and effort to promote it. For the product to be successful, it needs to be recognized by the public and purchased. For casino operators, new products must be highlighted online via advertisements as well as radio television. DraftKings Casino recently introduced a new live dealer game titled Speed Roulette, that instantly garnered criticism due to the way the company promoted the game.

The new game is a live dealer version of roulette that is much faster than the traditional variants. The game streams from the Evolution studio, which is located at the Hard Rock Casino. The game has a customized roulette wheel and dealers who help move the game along.

The game is titled Speed because it cuts down spin time to just 25 seconds. This means as many as 150 spins can take place per hour. According to Evolution, this is about 50 more spins than a traditional roulette table.

To promote the new game, a tweet came out just last week via DraftKings. The tweet had a video advertisement that was criticized due to the wording used. The ad said “It’s the game that keeps going. So, you can keep playing.”

Just a short time after it was released, the ad and tweet were pulled by DraftKings. The game is still available, though it can only be accessed via the mobile application.

DraftKings is the exclusive rights holder of the Speed Roulette game in the state of New Jersey. However, Evolution began offering Speed Roulette internationally three years ago. When the game first released, it was created to offer a fast experience. The game required its own dedicated studio because it uses a different wheel and gameplay style.

Evolution actually debuted a new roulette product for live dealer gaming earlier in the year. The game is titled Instant Roulette and offers a much faster roulette experience than Speed Roulette. This game does not include a human dealer element.

Instead of a live dealer, the game uses automated wheels that spin in a staggered manner. With this style of wheel spinning, the bet time is cut to mere seconds. This game is not available in the US as of yet, but it could launch if the Speed version proves to be successful.

Regulators require that operators are responsible when it comes to offering games as well as promoting titles. For the DraftKings ad, the operator was deemed to be irresponsible in promoting the game’s continuous play. They are not the only operator to be subjected to criticism due to irresponsible messaging.

Just last week, Barstool Sports was under fire for segments involving Barstool Sports Advisors. Some of the segments uses large coffee mugs and included slogans that were considered an issue such as ‘you can only lose if you quit’.

Such phrasing is considered irresponsible and show just how new the online gaming industry still is in the US. Even though operators may have years in the industry, the market continues to grow across the nation. With new operators coming in, all eyes are on how they function and if they are being responsible. For the recent DraftKings issue, the brand did take action quickly and remove the ad after just a few hours.