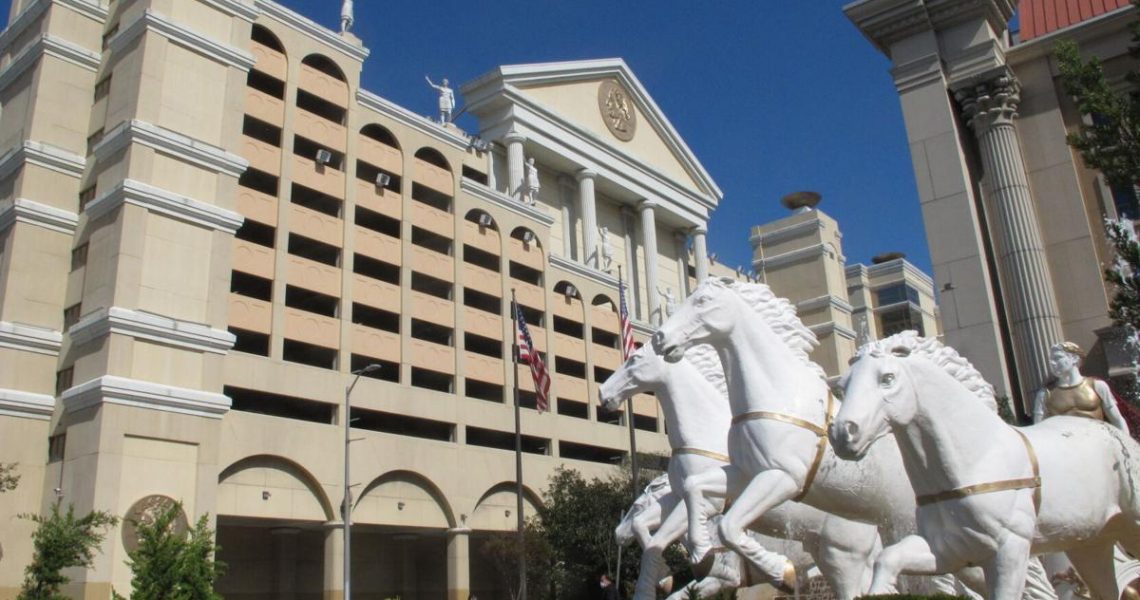 Caesar Entertainment has decided to start the new year with changes at the helm of its casino affairs in Atlantic City. Earlier in the week, the announcement which made the change official was made by the organization. Ronald Baumann, who has served in the capacity of senior vice president and general manager for Caesars and Harrah’s Resort, has been relieved of his duty. The reason for the changes at this level was not given by Caesars. However, the newly appointed individuals will resume immediately.

Joe Lodise will serve in the capacity of senior vice president and general manager for Caesars. It will be a familiar place for Lodise because he once worked at Caesars in Atlantic City. Also, he has some experience in that role seeing as he was pulled away for his general manager duties at Horseshoe Tunica casino.

Gregg Klein is also not new to casino management as he worked in the then Eldorado Resort as vice president of operations. His appointment will see him serve in the same capacity as Lodise, but at Harrah’s Resort. The state gaming regulators are yet to accept Klein’s apointment. Caesar’s third casino in Atlantic City, Tropicana Atlantic City, will remain under the same management in the person of Jaqueline Grace. She holds the same title as Lodise and Klein. All three general managers will now have to report directly to Caesar Entertainment’s Regional President, Steve Callender. It is worth noting that Caesars took control of the Boardwalk casino hotel, and in July 2020, went into a mega merger with Eldorado Resorts. As a condition of the merger, Caesar was to complete the sale of Bally’s Atlantic City, which was done with the $25 million purchase towards the end of 2020.

2020 was a bad year for all casinos in Atlantic City as a result of the effect of the coronavirus. Casinos were forced to shut down for the better part of 2020, and when they were authorized to open, they only operated at 25 percent capacity. All areas of the resort were affected and not just the gambling parlors. Guests were not coming in to lodge in the hotels, people could not sit in the restaurants, etc. The impact of these restrictions caused a significant drop in revenues for brick-and-mortar gaming. The overall casino revenue for all nine Atlantic City casinos was down 44 percent when compared to 2019 figures. For Caesars Atlantic City specifically, it was a 44 percent drop also in casino win when compared to the figures from 2019. It recorded only $151.2 million in revenue. Harrah’s Resort recorded $165.9 million in revenue in 2020 but was 47 percent down from its 2019 figures. Tropicana, which is perhaps the strongest of all three Caesar Entertainment casinos had the same fate as Harrah’s Resort generating about $160 million which was 47 percent down in comparison to its 2019 figures.

The changes at the management level might spur the change the organization wants to see. It is not new ground for either appointee and we will see just how much improvement they will bring to the table. Lodise started his career with Caesars Atlantic City in 2007 as part of its finance team. He has since then climbed up the corporate ladder, gathering experience as he climbed. His most recent being his general manager role at Caesars Entertainment’s Horseshoe Tunica casino.

Klein is practically returning home as he is a New Jersey native. He also has several years of managerial experience, with his most recent being at Eldorado in 2018.

It was not a high-earning 2020 for Caesars Entertainment, but they are committed to controlling the casino space in Atlantic City. Over the next three years, Caesars might spend at least $400 million across its three casinos in Atlantic City for upgrades on all fronts, including building reovations.