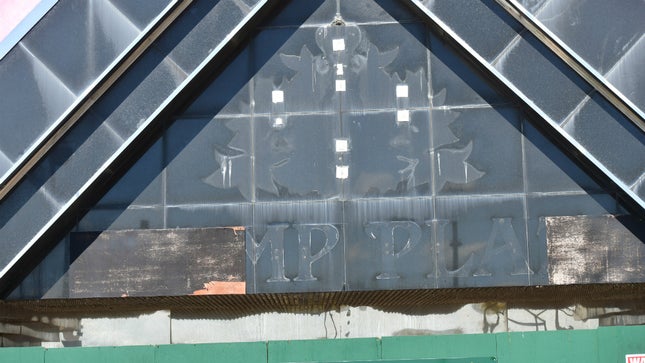 When the idea to take bids to allow someone to push the button to blow up Trump Plaza first emerged, it seemed silly. Who would be willing to put up money to blow up the building? Of course, the funds go to a good cause, the Girls and Boys Club, so it is a nice effort. When the bidding began, it seemed like it might grow to a high number. As of this week, the bidding has reached the $175,000 mark. As of today, 15 bids have been placed to implode the building. There are still 15 days to go for bidding, so the hope is that the $175,000 will double or grow even larger.

Joe Bodnar, is an auctioneer of Bodnar’s Auction of Edison, seems to think the bidding process on the Atlantic City casino will continue to reach new heights. He thinks the bidding might actually reach $300,000 or even $500,000 before it is all said and done.

If you take a look at the bid listing, it shows 90 people are watching it. Are they watching for entertainment purposes or because they want in on the action too? Are people bidding just because or is it connected to some anger or hatred for Donald Trump?

In late December, an effort was made via a GoFundMe page to see Stormy Daniels able to push the button. For anyone not in the know, Daniels is an adult film star who reportedly had an affair with Trump and was paid off to keep quiet as he ran for President of the United States. Daniels would love to be given the opportunity to push the button, but the fund-raising campaign has not yet hit the $2,000 mark.

Helping the Boys and Girls Club of Atlantic City

The auction to implode the former casino property will use the money raised to help the Boys & Girls Club of Atlantic City. The Club provides assistance for more than 2,500 young people in the city. With the onset of the COVID-19 pandemic, the Club has worked hard to provide additional services including serving hot meals for families, providing educational opportunities for students who are engaged in remote learning as well as extending day care hours.

Many people would like to see the auction hit the $1 million mark so the Boys & Girls Club will receive a hefty donation. Over the next two weeks, we could see the number of donations soar, as more people want to help the club and perhaps rub Trump the wrong way by demolishing his former property!

The former casino has sat vacant for many years. It first shut down in 2014 when several casinos closed down. It was eventually taken over by businessman Carl Ichan and sat empty for a few years. The property started to lose its façade, which made it a safety hazard on the boardwalk.

After several attempts by the city to move the process along, the building will finally be removed in a few short weeks. All eyes will be on the explosion as it will certainly make a difference in the Atlantic City skyline.