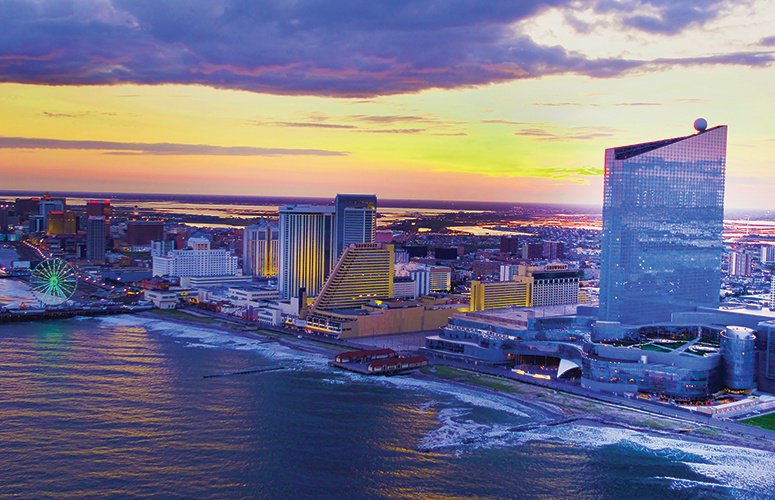 Casinos in Atlantic City are still having an issue seeing a solid revenue return in New Jersey. Tourism numbers remain down and even though vaccinations are taking place, players seem to be hesitant to travel, at least for now. The latest revenue reports for Atlantic City released this week, showing that the nine venues generated just over $148 million in revenues, which is just over 32% less than the previous February.

While the revenues may still be down, February 2020 is a tough comparison if you consider a few factors. First, it was the last normal month we saw before the COVID-19 pandemic began. So, casinos were fully operational with people traveling as normal. Next, you have to consider the fact that casinos are still operating at a lower capacity.

Soon the percentage will go up, but only to 50%. For a long time, casinos were offering services at 25% then moved up to 35%. For some time, indoor food and beverage service were stopped at 10 pm as well. These factors play a role in how much the casinos can earn and were not a factor in February of last year.

If you look at all the restrictions currently in place last month, the comparison is really unfair. Of course, we have to weigh the data, but last year, the virus was not an issue just yet. However, it was in mid-March last year that casinos began shutting down in an effort to slow the virus from spreading to more people across the US.

By next month, we should start to see at least an increase in earnings when compared to 2020 because there will be nothing to compare it to. From March to June, the casinos were shut down and then reopened at much lower capacity levels.

Over the past year, the Atlantic City casinos have been helped out via online casino and poker gaming. In the beginning, players were logging online because they were not allowed to physically go to a casino location.

Online revenues soared as people were either in quarantine at home or stuck there due to the stay-at-home orders. Regular casino visitors were playing online instead of their normal live-action and others decided to log on for the very first time due to having nothing to do.

In February 2021, reports show a total of $93.8 million generated in online earnings. This was a more than 80% increase from the previous year. This figure clearly shows that players are still taking advantage of the online options.

Bring On The Visitors

Operators are hopeful that over the coming months, more travelers will head to Atlantic City. Around 12% of the population in the US has been vaccinated. As more vaccinations take place, it is expected that people will feel that it is safer to travel to areas like Atlantic City to enjoy entertainment.

Because cases have gone down in Atlantic City, casinos can reopen at 50% capacity indoors later this week. This will also hopefully help people to see that it is safe to travel to these areas and the economy will pick up even more.