New Jersey’s Atlantic City had once aspired to be Las Vegas on the east coast of the nation. Although the state of New Jerseys’ gambling scene did not live up to those dreams, today, Atlantic City is known as the 2nd most popular gambling destination in the USA – nicknamed America’s favorite playground.

New Jersey is home to approximately 9 million people and saw a record-breaking 111 million visitors in 2018 alone. Atlantic City brings in roughly 30 million visitors a year and all 9 of the city’s casinos are located here. 2019 marked the first time since 2012 that revenue from all 9 casinos eclipsed $3 billion.

In 1977, legalized casino gaming was approved by the citizens of New Jersey. A year later, New Jersey saw its first casino: the Chalfonte-Haddon Hall Hotel, which was converted into Atlantic City’s’ Resorts International. Between 1970 and 1980 Atlantic City got a boost in gambling activity has it was the favored destination over Las Vegas for casino gambling due to the Mafia’s role in the Vegas gambling industry. For the next decade, Atlantic city reigned supreme with the help of famous boxed Mike Tyson who fought most of his fights there. This brought much needed attention to the city and Atlantic City has a major gambling hub.

As casinos continued to pop up in Atlantic City, the state knew it could only sustain for so long. In 2013, New Jersey took a big step which would be major for the gambling scene in the state. Lawmakers legalized online gaming in the state of New Jersey, giving their land-based casino’s an edge in the gambling industry and first dibs to online casinos.

Many casinos have opened their doors in New Jersey but today only 9 remain. Currently, all of the casinos are located in Atlantic City making it the perfect tourism district and gambling hub. 6 of the 9 casinos are located on the famous Atlantic City Boardwalk: Bally’s, Caesars, Resorts, Tropicana, Hard Rock Casino and Ocean Casino Resort. The remaining 3: Borgata, Golden Nugget and Harrah’s are located nearby in the Marina area. The Atlantic City Boardwalk was the first boardwalk in the United States, built in 1870. It was the longest boardwalk in the world running 7 miles long but was destroyed back in 1944 when a hurricane hit New Jersey. The Boardwalk was rebuilt and is still the longest Boardwalk in the world but only runs now 4.2 mils long and 60 feet wide.

The casinos in Atlantic City are all resort casinos, boasting many lavish events and amenities. The minimum age for gambling in the state of New Jersey is 21, therefore all guests must be of age to visit the hotels. Casinos are open 24 hours, 7 days a week, unless otherwise noted due to a particular event – which rarely occurs. 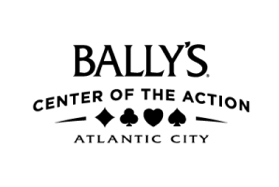 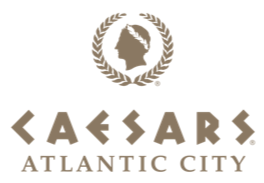 The classic Roman Empire themed hotel and casino Caesars opened on June 26, 1979. The Hotel is composed of 3 hotel towers with 1,100 rooms with all names linked to the Romans. It is one of the largest casinos in Atlantic city with 145,000 square feet of gaming space featuring over 3,000 slot machines and 135 table games. Gaming revenue estimated $281 million in 2018. Caesars licensed CaesarsOnlineCasino.com which only offers casino games, but they have also launched Caesars Sportsbook which is integrated via their app.

Resorts Casino was the first casino that opened in Atlantic City on May 28, 1978. It has been renovated and nowfeatures a roaring twenties theme with 80,000 square feet of casino space. Resorts offers 1,500 slot machines and roughly 70 table games which amassed in 2018 gaming revenue of $184 million. Resorts also offers an online casino site: ResortCasino.com with an amazing game selection of slots, video poker and table games. 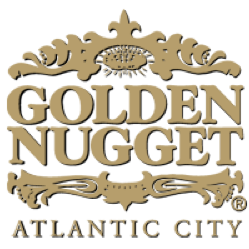 The Golden Nugget of Atlantic City is one of the smaller hotels & casinos with just 728 rooms. It opened its doors on June 19, 1985 and dazzles guests with its Golden Rush Era Theme. Once upon a time, it was originally known as the Trump Marina (aka Donald Trump’s Castle) until 2011. The casino offers 75,000 square feet of gaming space featuring 1453 slot machines and 82 table games bringing $221 million in gaming revenue in 2018. The Golden Nugget has licensed its casino site nj-casino.goldennuggetcasino.com and became the first site to offer more than 500 games. 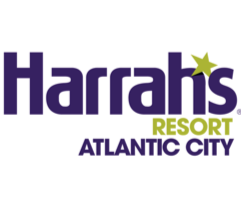 Located in the Marina Harrah’s Resort is one of the largest hotels & casino in Atlantic City. Harrah’s made its debut on November 27, 1980 and displays a staggering Marina waterfront theme. The casino gaming area is 177,000 square feet with more than 5,500 slots, video poker games, close to 140 table games and a whopping 40-table poker room. In 2018, the casino gaming revenue totaled an impressive $332 million. New Jersey players can also play for real money online at harrahscasino.com.

The Borgata hotel, casino and spa is owned by the renowned MGM Resorts. It is one of the newer hotels and casino in Atlantic City it opened up in July 2, 2003. It is located on the boardwalk steps away from the beach. The Borgata has a Tuscany feel and is one of the city’s top grossing casinos since opening its doors. The hotel featured 2,000 hotel rooms and 161,000-square-foot casino with close to 4,000 slot machines and more than 250 table games. The Borgata is home to the Premier Poker Room on the East Coast and brought in $711 million in gaming revenue in 2018 alone. The Borgata is also available online for real money play at BorgataCasino.com and offers a $20 no deposit bonus for new players. 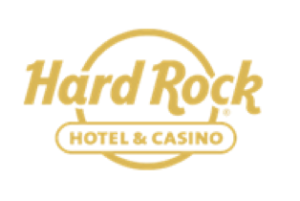 Formerly known as the Trump Taj Mahal – the largest casino in the world – which closed in 2014, Hard Rock opened its new doors on June 27, 2018. There is no surprise that theme of the hotel is Rock & Roll and holds just over 2,000 hotel rooms. The Hard Rock casino has 120,000 of gaming square feet which is home to 2,115 slot machines and 124 table games. Although the Hard Rock has only been open for a little over a year, it has rapidly become a mainstay on the boardwalk and a tourist favorite. In 2018 the gaming revenue at Hard Rock was $162 million. Hard Rock also acquired and licensed nj.unibet.com which offers a vast selection of online slots and table games with a new player $10 no deposit bonus. 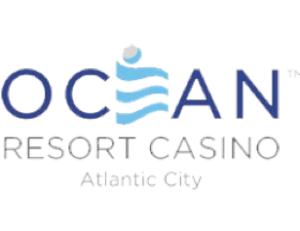 Ocean Resort Casino is also one of the newer casinos on the block. It re-opened officially from the old Revel Casino on June 28, 2018 and has a strong focus on luxury and elegance featuring an ocean theme throughout the hotel and casino. Ocean’s is well known for being the first casino on the Boardwalk to incorporate a sportsbook. The hotel features an impressive 1,400 rooms all of which are ‘ocean view’ and 138,000 square feet of casino with 1,945 slot machines and 99 table games. Since Ocean’s only opened half was through the year, its gaming revenue was lower than the others for 2018, but still managed an estimated $90 million. They too have launched their online gaming site oceanonlinecasino.com that offers a $125 no deposit bonus to new players. 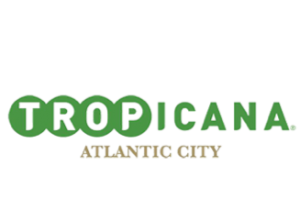 The Tropicana is situated on the Boardwalk but a bit further away than then bright lights from the steel pier. Nonetheless, this hotel and casino is like Atlantic City’s very own little Havana. It opened on November 26, 1981 and its design is still breath-taking. The Tropicana is one of the biggest on the strip, spread out over 4 towers. Displaying faux cobblestone pathways, palm trees, a stucco façade and the ceiling is painted as a bright sky – true to old Havana. The hotel has 2,400 rooms, 3 floors of casino gaming with 3,000 slot machines, 135 tables games and offers over 15 restaurant options. Tropicana has a legal licensed online site tropicanacasino.com that offers a $20 no deposit for new signups. Tropicana is doing relatively well pulling in $340 million in gaming revenue in 2018.

All of the casinos in Atlantic City are regulated by the New Jersey Casino Control Commission in order to maintain fairness and safety throughout all casino games within the state. The Casino Gaming and Internet Gaming Operations division monitor the games and ensures slot machines are tested regularly by the Technical Services Bureau division.